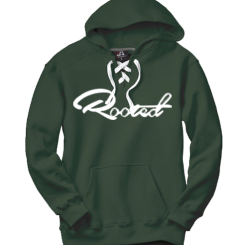 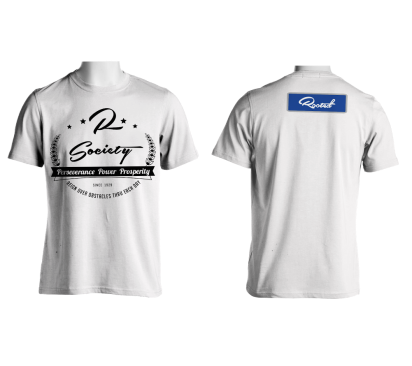 South Central Los Angeles is home to a unique culture. There have been many leaders that have come out of the community that have pushed to make a positive change. With the violence and crime that plague the city, there is a need for new leaders to create an impact. That’s why South Central’s very own Corey Hall is striving to make a difference with his clothing brand R.O.O.T.E.D Apparel.

Hall’s journey started on the eastside of South Central, Los Angeles being raised by two parents who instilled very important values in him at a young age.

“My parents made sure I stayed in church, school, extra-curricular activities. They made me work hard for everything I wanted (such as shoes, gear, video games, etc.) I just happened to love the challenges that came with working hard to get what I wanted,” said Hall.

Having the proper guidance to become a responsible adult is something many of today’s youth do not have. Seeing his peers around him become victims of the street life and culture allowed him to realize something wasn’t right.

“I recall a lot of teenagers ditching school, can’t get a job because they cannot pass a drug test, senseless killings, and prostitution taking over the millennia and I realized this young generation was being influenced by what they heard and seen in the streets. At the time, all you saw was young people being exploited by brands who glorified this toxic lifestyle of sex, violence, and drugs,” Hall said.

Hall’s experience in an urban neighborhood inspired him to get involved in the community. He used fashion as a way to get his message across but in a way that would be cool and appeal to the younger generation. That’s were R.O.O.T.E.D Apparel, which stands for Reign Over Obstacles Through Each Day, came into play.

“Every day we go through something that is tough or challenging but God also gave us a purpose and in order to achieve your purpose and overcome obstacles you must be “R.O.O.T.E.D to Purpose,” Hall said.

With the plan already in motion and the support system behind him, Hall knows that the R.O.O.T.E.D movement will serve its purpose not only in South Central but the world as well.

“This brand will definitely be worldwide and international with mentorship programs across the country”, said Hall.