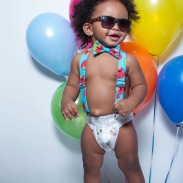 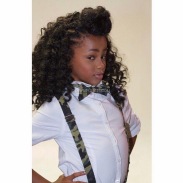 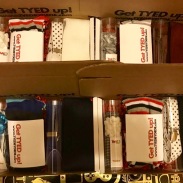 Having the perfect accessory for your outfit can be very difficult at times for men. Those who often wear suits know that every detail counts. One of the hardest and expensive pieces to get is a bow tie which can add a certain flare to a suit. One man is out to keep the unique style of bow ties going while providing it at reasonable prices. Tyed by DeDe is here to provide this great service.

Tyed by DeDe is an upcoming brand of ties started by Deroll Scarlett who was always a fan of them. He started making his own bow ties due to the fact they were hard to find in stores and expensive.

One interesting aspect that Tyed by Dede ties have is that they stand out due to the creative output that is allowed. Customers have the option to customize their own tie by picking the fabric and color. The creativity allows them to find what matches their personality.

“Our luxury custom made bow tie, sets our customer apart to be an edgy individual. We pay careful attention in selecting only the best quality fabric. A Tyed by DeDe customer won’t have to worry about attending any event and having 20 people in the same tie: don’t you hate that?”, said
Scarlett.

As Tyed by DeDe gains more popularity, they will be seen in more high end stores so the availability will be better for the consumer.