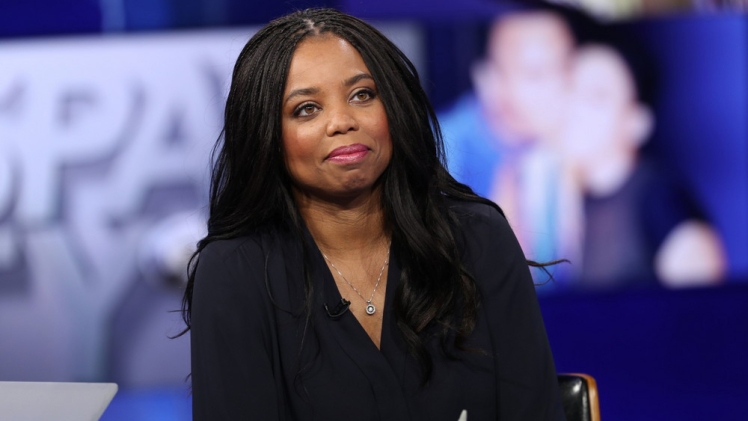 It’s an incredible honor. I almost feel like it’s happening to someone else. I think to myself, surely, they aren’t talking about me. It’s humbling. I define “woman of the year” as someone who believes in empowering, inspiring and encouraging women because women are too hard on themselves.

Who is someone you look up to? The definition of strong Black woman? Someone you would say has paved the way for AA women?

There are so many women that I look up to, from my Mom to Oprah to Angela Rye. But I remember as a young journalist reading Claire Smith, who I have the pleasure to work with now. For me to see an African-American woman covering baseball left such a strong impression.

As working women in media, how important do you think it is to have freedom of speech when it comes to your beliefs and opinions? When we are in the spotlight especially as women and African Americans we are told we can’t speak on certain things. Why is it important to speak up?

No matter what industry you’re in, we all have freedom of speech — to a point. The tricky part about being a journalist is that one of the main tenets of our profession is neutrality and objectivity. But that’s balanced against the other main tenet of journalism, which is, to tell the truth, even if people don’t always want to hear it. When you work for a media company as big as ESPN, people cannot separate who you are from what you do. They cannot separate my personal beliefs from the core values of ESPN. So honestly, it’s not possible for me to have complete freedom of speech. But this rule doesn’t just apply to me, it applies to practically anyone who is in a similar position.

So you have to pick and choose your battles carefully. I have my line in the sand. There are certain things I won’t tolerate, overlook or be silent about. And because I believe deeply in those things, I’m willing to accept whatever consequences come with them.

You & Colin Kaepernick were on the Times ballot for person of the year, tell me how does that feel being honored with such a courageous person like him?

I won’t flatter myself into thinking that I was anywhere close to being Time’s Person of The Year. Colin was far closer than I was — as he should have been. I don’t know who submitted my name, but the check is in the mail.